How to Make Android Applications

gudang coding gudangcoding December 21, 2018
How to Make Android Applications- Google rocks! Google acquired the Android platform in 2005 (see the sidebar “The roots of Android,” later in this chapter) to ensure that a mobile operating system (OS) can be created and maintained in an open platform. Google continues to pump time and resources into the Android project. Though devices have been available only since October 2008, over a billion Android devices have now been activated, and more than a million more are being added daily. In only a few years, Android has already made a huge impact. 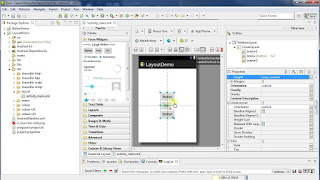 It has never been easier for Android developers to make money by developing apps. Android users trust Google, and because your app resides in the Google Play Store, many users will be willing to trust your app, too.

Why Develop for Android?

The real question is, “Why not develop for Android?” If you want your app to be available to millions of users worldwide or if you want to publish apps as soon as you finish writing and
testing them or if you like developing on an open platform, you have your answer. But in case you’re still undecided, continue reading.

Market share
As a developer, you have an opportunity to develop apps for a booming market. The number of Android devices in use is greater than the number of devices on all other mobile operating systems

Time to market
Because of all the application programming interfaces (APIs) packed into Android, you can easily develop full featured applications in a relatively short time frame. After you register as a

The Android operating system is an open platform: Any hardware manufacturer or provider canmake or sell Android devices. As you can imagine, the openness of Android has allowed it to gain market share quickly. Feel free to dig into the Android source code to see how it works, by visiting https://source.android.com . By using open source code, manufacturers can create custom user interfaces (UIs) and even add new features to certain devices. Device compatibility

Android can run on devices of many different screen sizes and resolutions, including watches, phones, tablets, televisions, and more. Android comes supplied with tools to help you develop applications that support multiple types of devices. If your app requires a front facing camera, for example, only devices with front facing cameras can “see” your app in the Google Play Store an arrangement known as feature detection. (For more information on publishing your apps to the Google Play Store, see Chapter 8.)

The roots of Android

Though most people aren’t aware of it, Google didn’t start the Android project. The first version of the Android operating system was created by Android, Inc., a small start up company in Silicon Valley that was purchased by Google in August 2005. The founders (who worked for various Internet technology companies, such as Danger, Wildfire Communications, T Mobile, and WebTV) became part of the Google team that helped create what is now the full fledged Android mobile operating system.